At the same time as IKEA, City Mall inaugurated the western part of the extension of Les Grand Prés shopping centre in Mons on 10 February. A dozen shops have opened in a brand new 1,500 m² atrium that connects with the IKEA store. This is the first stage, before the opening of the east extension in August 2016. By then, 100,000 m² will have been built and 650 jobs will be added to the current 850, bringing the total to 1,500. The site has 4,200 free parking spaces and is accessible via a new motorway junction.

To mark this first inauguration, City Mall organised a press conference as well as an evening reception for the new and current shop owners of the gallery. 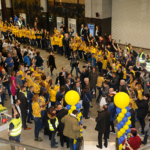 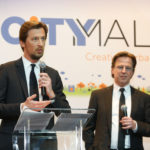 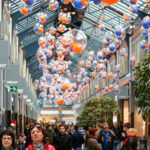