On Thursday 13 October the City Mall “Les Grands Prés” project in Mons won the 2016 Shopping Award in the “Shopping Centers” category. The prize giving, which is organised every two years by the BLSC (Belgian Luxemburg Council of Shopping Centers) took place in Trade Mart, Brussels, in front of a gathering of representatives from the world of retail property.

For Jérôme Huon, Project Director, who was awarded the trophy, this award is for work carried out by the whole team. It is also the result of the fruitful collaboration with our partners Ikea, Carrefour and SCMS.

The competition awards developers who, through their dynamism and originality, have excelled in 3 categories: Shopping Centers, Retail Parks and Retailers.

As far as Mons “Les Grands Prés” is concerned, it’s the increased attractiveness of the site as a result of the 2 extensions, the architectural quality of the structure and the attention paid to the coherence with the retail outlets in the town centre which really caught the imagination of the 4 member international jury.

Thanks to its double extension completed at the end of August 2016, the “Les Grands Prés” site in Mons has become the biggest commercial development in Benelux with a surface area of over 100,000 m², 110 shops and 4,200 free parking spaces. 1,500 people are currently employed on the site. Ikea opened there in February 2016 – the first time in Belgium that Ikea has opened inside a Shopping Center.

As a reminder, City Mall is also getting involved in the transformation of a major building in the centre of town so that it has a large enough retail space for all the big brands.

Photos of the event: 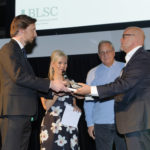 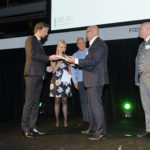 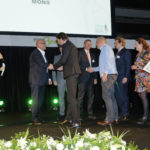 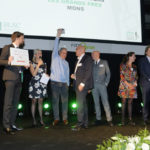 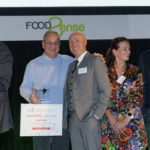 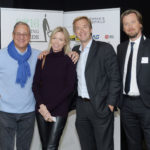 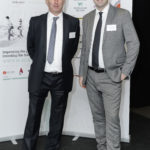 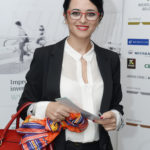 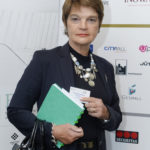